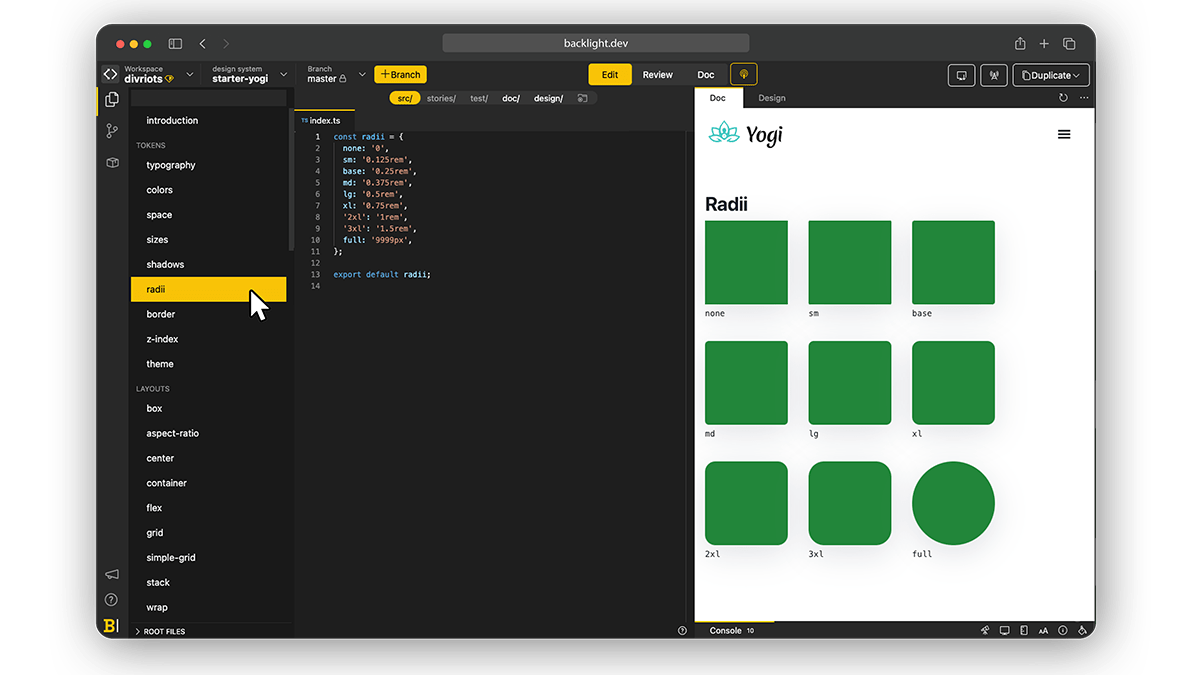 YOGI comes with 40+ components to get started: menu, dialog, buttons , checkbox, cards, everything to cover the basics and more. 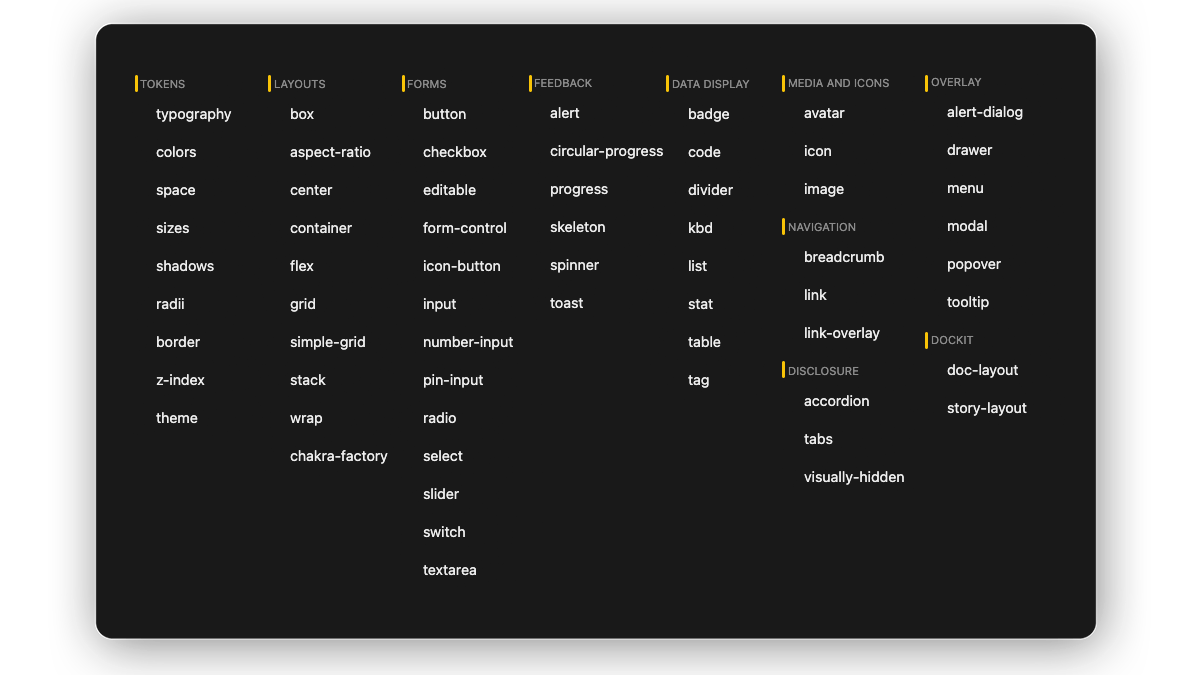 CSF Stories are available for every component allowing you to code your components in isolation and check all variations. 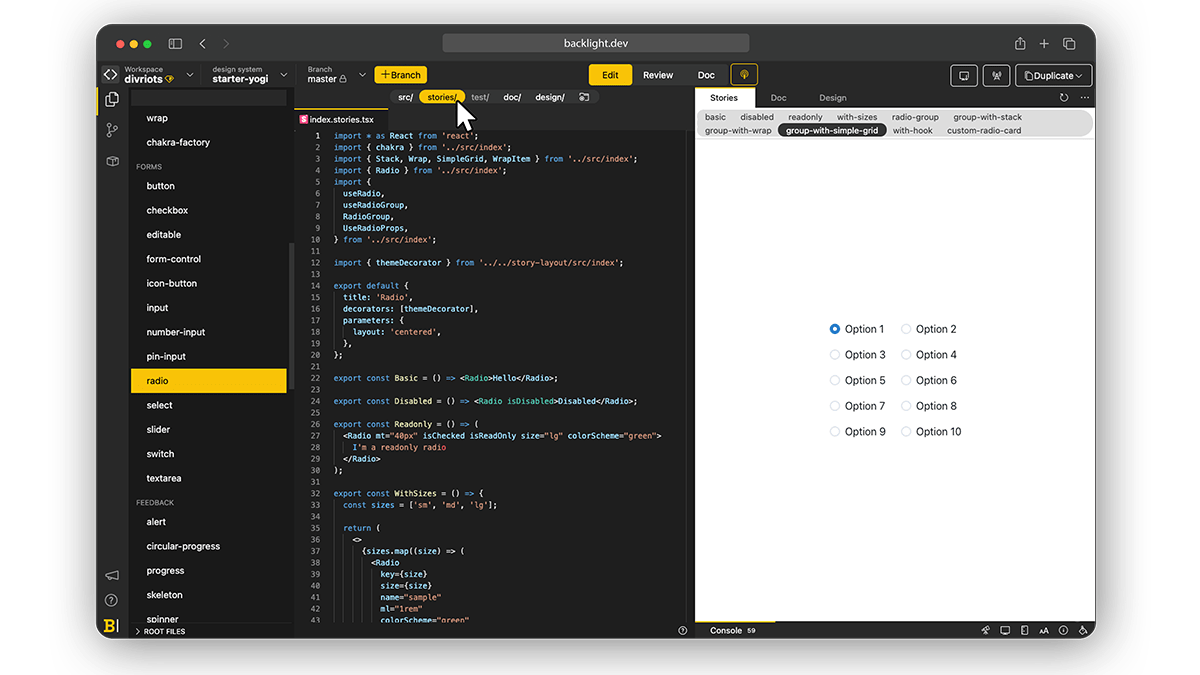 Written in MDX, the documentation is available next to the code to ensure a shallow learning curve as well as an easy onboarding for anyone joining the project. The documentation includes interactive playgrounds. 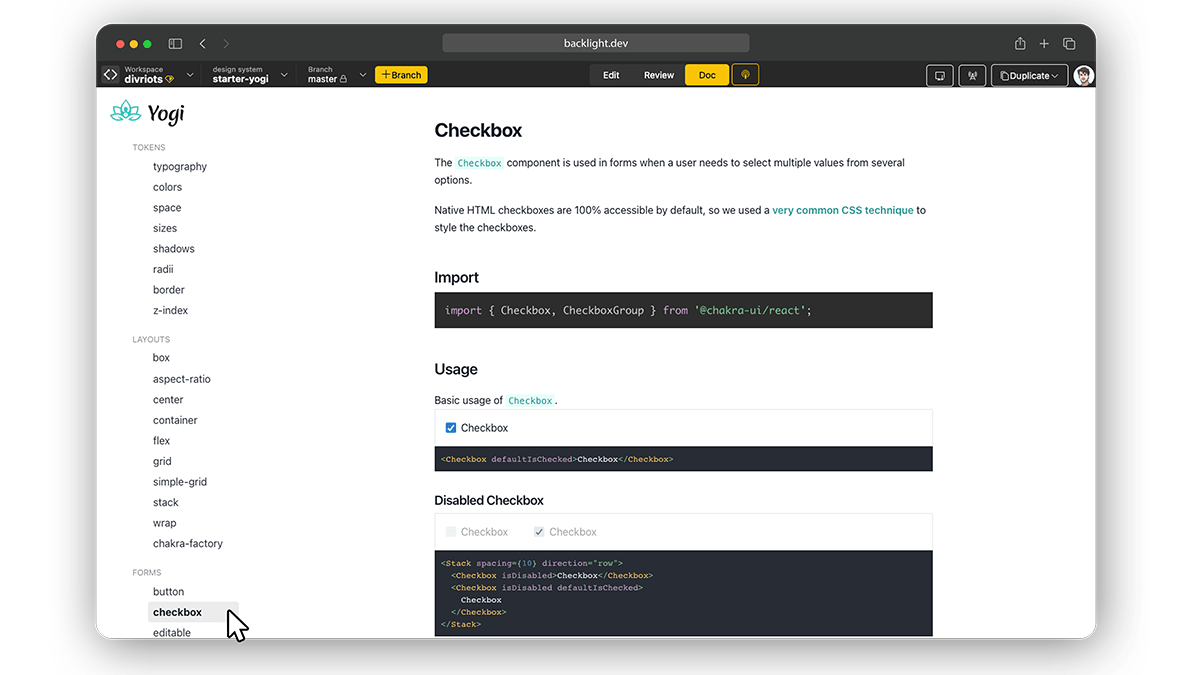 YOGI Figma library is available next to the code to ensure Developers-Designers alignment. We built the library based on Chakra UI Figma Kit 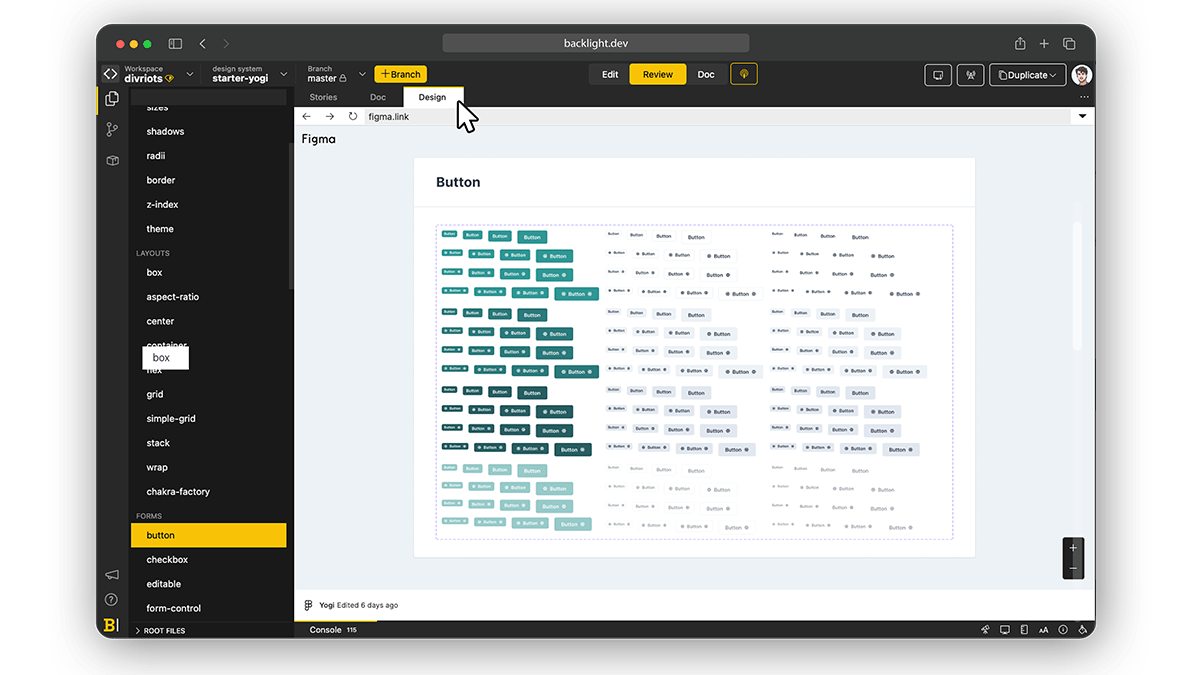 Check all other Backlight’s starter kits.